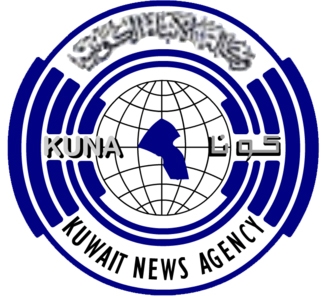 His Highness the Amir Sheikh Sabah Al-Ahmad Al-Jaber Al-Sabah will make a four-day state visit to Japan from March 20 to meet Japanese Emperor Akihito, Prime Minister Yoshihiko Noda and other leaders. It will be his first visit to the country since assuming the post.

Japan is one of the first countries to recognize Kuwait’s independence through a cabinet decree issued on December 8, 1961, and a decision to exchange diplomatic representation was announced.

In February 1962, the first Kuwaiti Ambassador to Japan Sulaiman Mohammed Al-Sanae opened the Kuwaiti Embassy in Tokyo, and the Japanese Embassy in Kuwait was inaugurated in March 1963. Since then, the two countries have benefited substantially from cooperation in broad spheres including energy, economy, scientific technology, environment protection, and education and cultural exchanges.

Japan stood in support of Kuwait upon the Iraqi invasion of 1990, and supported all international conventions and resolutions condemning occupation, calling for return of Kuwaiti sovereignty. Japan provided USD 13 billion for the liberation of the gulf country and made many scientific and technological contributions in post-war reconstruction.

The year 1995 is considered the most distinctive in bilateral relations, as Japanese Crown Prince Naruhito and Crown Princess Masako visited Kuwait in January, a visit which was returned by the late Sheikh Jaber Al-Ahmad Al-Sabah, former Amir of Kuwait, with a trip to Tokyo in October. The late Sheikh Jaber awarded Crown Prince Naruhito the Mubarak Al-Kabeer medal, Kuwait’s highest honorary medal, in appreciation of Japan’s support to Kuwait throughout the occupation.

His Highness the Amir last visited Japan in his former capacity as prime minister in July 2004, when he met the Emperor and then Prime Minister Junichiro Koizumi.

Koizumi also appreciated for Kuwait’s support for the Japanese Air Self-Defense Forces stationed in Kuwait on airlift operations to help reconstruction and humanitarian efforts in Iraq since March 2004.

In April 2007, then Japanese Prime Minister Shinzo Abe paid an official visit to Kuwait, accompanied by a 180-strong delegation of businessmen representing companies of energy, finance, and electronics.

Abe was the first Japanese premier to visit the country. During their meeting, Abe and then Prime Minister Sheikh Nasser Al-Mohammad Al-Ahmad Al-Sabah agreed to reinforce bilateral cooperation based on the Japanese long-term experience and its advanced technology in the fields of conservation of energy and water, management of energy, and alternative energy sources. Abe also met His Highness the Amir.

— In July 2008, Sheikh Nasser paid a state visit to Japan to meet the Emperor and then Prime Minister Yasuo Fukuda. The two leaders witnessed the signing of the Memorandum on establishing a Joint Committee between the two governments to further activate cooperation in all fields, particularly the economic and commercial fields.
The two leaders also reaffirmed their desire to strengthen technical collaboration in the upstream and other oil sectors, and decided to start a joint research project regarding CO2-Enhanced Oil Recovery as a first step.
Kuwait is one of the main sources of crude oil and its derivatives for Japan, with Japan-bound crude oil shipments accounting for roughly 20 percent of Kuwait’s total crude exports of 1.3-1.5 million barrels per day (bpd). Last year, Kuwait’s exports to the world’s third-largest energy consumer totaled 87.
05 million barrels, or 240,000 bpd.
State-run Kuwait Petroleum Corporation established Tokyo Office in 1968 as its first regional market office in order to strengthen KPC’s position in Asian markets.
The concession agreement in 1958 awarded to Arabian Oil Company by Kuwait is considered a symbol of the friendship and common interest between the two countries.
The landmark deal resulted in discovery of the massive Khafji oil field in 1960 and the Hout oil field in 1963.

When the concession agreement expired in January 2003, Arabian Oil continued to participate in oil field operations in the offshore Partitioned Neutral Zone under a five-year technical services agreement with Kuwait.

The contract expired in January 2008. But Arabian Oil still holds a 20-year crude oil purchasing agreement, which went into effect in January 2003. Under the deal, Kuwait guarantees Arabian Oil to purchase 100,000 barrels per day (bpd) of output from the Khafji field until 2023.
The quantity of crude oil to be handled was changed to 40,000 bpd after January 2010.
Moreover, Kuwait Institute for Scientific Research (KISR), which was established in 1967 by Arabian in fulfillment of its obligations under the oil concession agreement, currently joins hands with the Japanese team in upgrading technologies for Kuwait’s heavy crude oil.
On the economic front, Japan is Kuwait’s third-biggest trading partner, while Kuwait ranks 27th trading partner for Japan, with two-way trade between the two countries reaching USD 14.5 billion in 2011, nearly doubled from the USD 7.5 billion worth for 2001.

Active exchanges between the two countries have borne numerous successful achievements in this field. In February 2010, Kuwait and Japan signed a double-taxation avoidance agreement aimed at facilitating exchange of and partnership in economic activities and investments.

The Japan-Kuwait Joint Committee held the first meeting in June 2010 in Tokyo, where the two sides agreed to step up cooperation in the fields of renewable energy, energy conservation, atomic energy, water, business, and medical tourism.

— In November 2010, the two countries concluded the third round of talks for a bilateral agreement on the promotion and mutual protection of investments, which is expected to contribute to opening up prospects for the flow of investments between Kuwait and Japan.

Reflecting the keenness of the private sectors in Kuwait and Japan to expand economic cooperation through joint ventures, businessmen from both countries established the Japanese-Kuwaiti Businessmen’s Committee in 1995 and meet once a year alternately in Japan and Kuwait.

Their 16th annual meeting in Tokyo last December brought together some 120 government officials and businessmen from the two countries. The participants pledged increased economic coordination, and the Kuwaiti side urged Japan’s active engagement in various projects under Kuwait’s USD 108 billion development plan, which is designed to transform the country into an international economic hub.

“Kuwait Investment Seminar” was also organized by the Japan Cooperation Center for the Middle East on the sidelines.

In November 2009, His Highness the Prime Minister Sheikh Jaber Al-Mubarak Al-Hamad Al-Sabah was conferred the Grand Cordon of the Order of the Rising Sun, Japan’s highest-ranked decoration conferred on foreigners, by the Emperor for his contribution to promoting political, diplomatic, and environmental exchange and mutual understanding between the two countries.

He was serving as First Deputy Prime Minister and Defense Minister at that time.

As for educational cooperation, the two governments exchange scholarships, and the Japanese language course is offered at Kuwait University’s Center for Community Service and Continuing Education.

After a 9.0-magnitude earthquake and tsunami in March last year that left more than 19,000 people dead or missing in northeastern Japan, His Highness the Amir and the Kuwaiti people offered unwavering support, assistance, and encouragement, which are highly appreciated by the Japanese people.

Kuwait also contributed 5 million barrels of crude oil to Japan upon directives of His Highness the Amir.
The donation, equivalent to some USD 550 million, was the largest contribution to Japan by any country in the wake of the March disasters.(end)